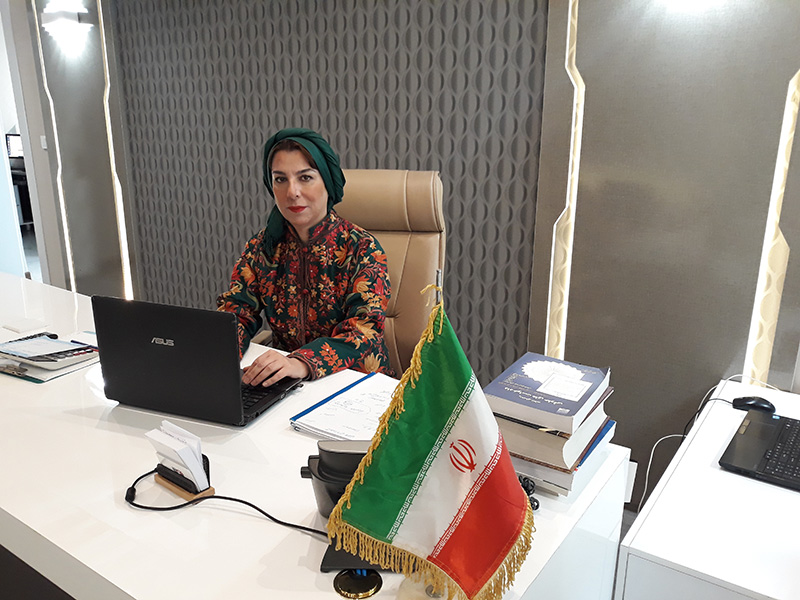 Hi, this is Fatemeh. I have been active in Iran tourism industry for 19 years. I have worked in Shiraz as a tour guide for five years. Eventually, I found myself in Afghanistan. I was working in Afghanistan as a translator, anthropologist assistant, sociologist assistant and coordinator together with nonprofit organizations such as MDM France, MADERA and Terre d’enfance. The three fruitful years that changed the pathway of my life. I was lucky to be a French socialist’s assistant and translator in my last mission, who was researching in domain of life of the women of one of the most outlying places in Afghanistan. That mission granted me a new look to my surrounding world, and after that mission, I witnessed the world in the eye of a critic woman. As if, I wore a pair of glasses through which I could see those women and their situation as different from the rest of the world and the society. Women became the center of my mind and social engagement.

For this reason, after returning to Iran, directly I went to study in the university field of Women Studies, so that I can understand why and how I do have such a place as a woman within the society, and how I should change it. It was a hard way; but I have been  and am determined.

In my surroundings, I took another and different look at the women and found them and myself once again. In what places? Employee women, educated women, illiterate women, worker ad farmer women, and etc. In all these different positions, all the women were reaching a common point; the Kitchen.

Food, cooking, kitchen, are inseparable parts of the lives of the women around me in any condition, position or place that they were. So, for the first time, I thought to take that place where the women spend a remarkable extent of their time out of the house  and to put it at the center of attentions; may be, in this way the women at average classes or rural women who did not have the chance to be see, could be seen.

This initial goal took me into a maze where I never thought that I can reach.

For growing up and extending my goal, inevitably I started studying and traveling all around the Iran and visited the food caterers, cook women, crops, gardens, nomads and etcetera and at that time I realized that the Iranian cuisine is really a non-ending treasure which comprise all aspects of social life in this territory. “Daily food”, “Ceremonial food”, “Feasts food”, “Rural people food”, “Urban people food”, “Workers’ food”, “Farmers’ food”, “Rich peoples’ food”, “Poor peoples’ food”, “religious foods”, “National foods”,  “Imported foods”, “Exporting foods”, “history food”, “Geographical places special foods” and etc. is an non-ending list of diversity of food culture in Iran which provides each interested researcher and cook with this possibility to find Iran an outstanding country for “Cuisine and Culture” tours.

For this reason, I started working with a lot of experiences and knowledge, and I designed a diverse collection of my food tours

It is seven years that these tours are being conducted and I proudly declare that I was the designer and executor of Iran food tours for the TV channel  of “Essential Media and Entertainment” which was held together with Mr. Shane Delia. I was the food tour designer for  one of the most renown Iranian cooks in the word “Najmieh Batmanglij”, I also was the designer of  the tour of “introduction to cuisine culture” for the team of researching the Cookpad website in Iran. Besides, I have held tens of one-day and several-day cooking tours for the interested tourists.

We present you more  than 10 edited tours of Iranian regions cooking and we also design the tours in accordance with you need, interest and preference.