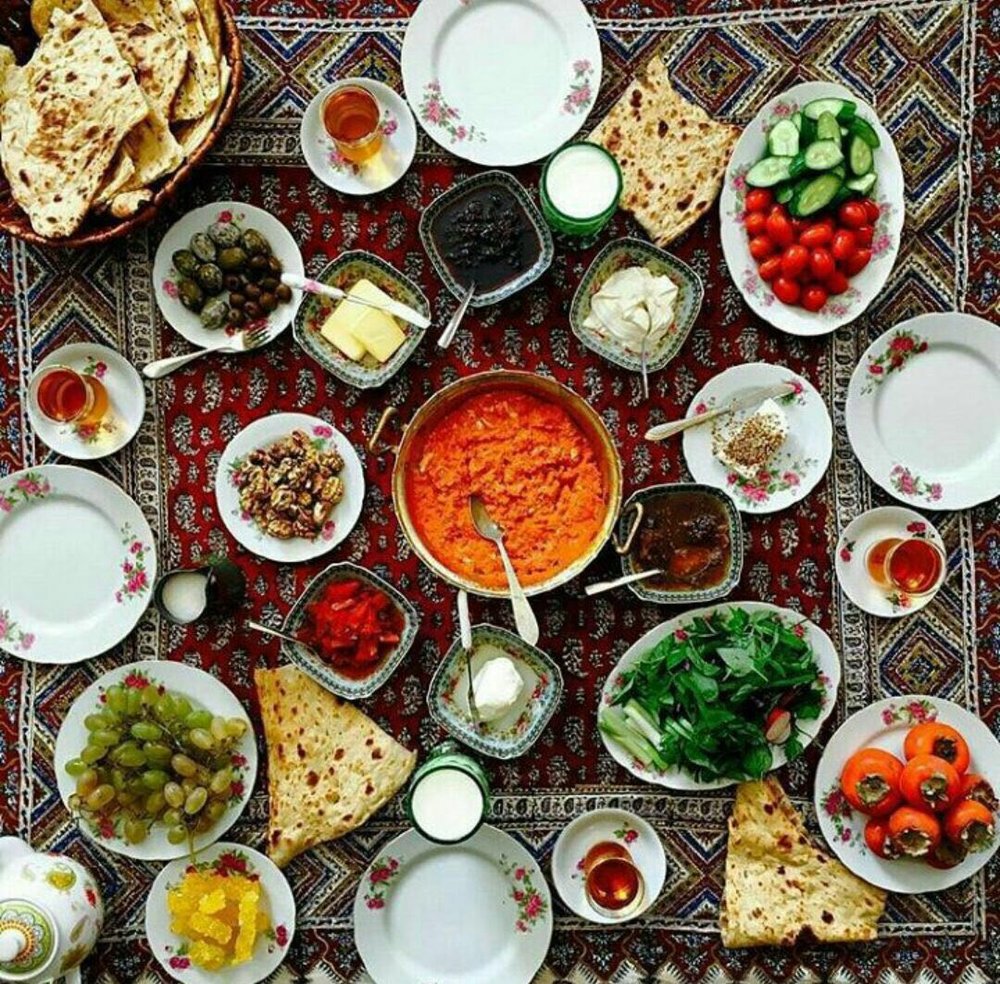 Breakfast is always considered as an important meal among Iranian families from ancient time up to now. There is a variety of delicious dishes that you can try as breakfast in Iran.

Bread
Fresh bread is ready every day. There are different kinds of flatbread, which is popular for breakfast in Iran: noon-e barbari, an long, oval shaped bread with deliciously chewy and doughy ends, noon-e sangak, wheat flatbread baked on rocks, and noon-e taaftoon, a large, round, white flatbread.

Tea
Iranians drink tea all throughout the day. They have chai shirin, tea with granulated sugar, only at breakfast. At other times of the day, sugar cubes, dates, raisins, or something else sweet is used.

Omelet
In Iran, Omelette is scrambled egg with fresh tomatoes and/or tomato paste. Sangak bread is the best match for omelette, which is served with a plate of fresh herbs and onions.

Kaleh Paacheh
Kaleh paacheh, or head and hoof stew, consists of the sheep head, hooves and everything in between boiled in water, with onions and plenty of garlic. Everyone has a favorite part. Some favor the eyes, others the hooves, but some beloved cuts of meat across the board are called banaa goosh-meat from the cheek, and zabaan-the tongue.

Halim
Halim is a thick porridge of meat-lamb, chicken, or turkey-boiled and mashed with wheat until it forms a oatmeal-like consistency. Topped with melted butter, cinnamon, and sugar . It’s commonly eaten in the winter.

Adasi
Adasi, or lentil soup is one of the more healthy, vegan-friendly breakfast options in Iran. It is a breakfast item often included in hotel or highway-rest-area breakfast buffets. Topped with lemon juice.