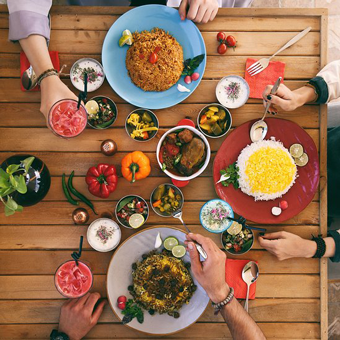 Many Iranians take this meal very seriously and they mostly eat rice base foods for lunch and unlike what you might think that rice base food isn’t usually kebab. there are a lot of Iranian rice base food which are less known in other countries which are consumed much more than kebab. for example stews are eaten at least twice a weak in an Iranian family but kebab is served nearly once a month and mostly in restaurant.